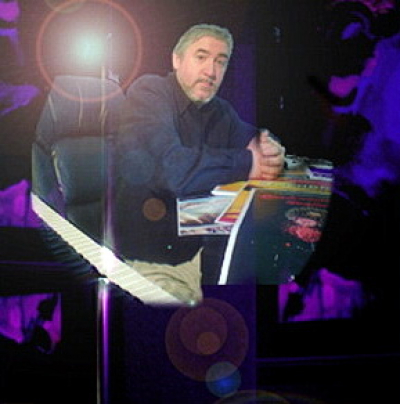 James Hosay (b: 1958) is a native of Nashville, Tennessee, in the US. While growing up in Norfolk, he studied trumpet and music theory in public school and with private instructors. Aged 13 he began writing arrangements for his school band, and wrote his first original composition two years later.

After graduating from high school, he joined the military as a trumpet player, and attended the US Armed Forces School of Music.  He developed his composition and orchestration skills while serving as a music copyist for the US Army Band (Pershing's Own), in Washington, DC, taking advantage of the opportunity to study the techniques used by top quality arrangers.

He has spent most of his life in his adopted state of VirginiaI and spent half of his life dreaming of being a professional composer, and the other half living the dream. Whether he was writing a piece for a junior band or for a full Orchestra, he has the same passion and efforts for all his musical creations and has the same level of enjoyment out of it. He loves ALL styles and genres of music, and this is reflected in the music he writes. You will hear a wide range of influences in all his music.

In 1991, he obtained his current position of Arranger/Composer for the US Army Band, competing against a large field of civilian and military writers.

On his website James makes this observation - " The human heart beats to a rhythm, the brain sends electronic impulses throughout the body - everything moving in perfect synchronization, like a beautifully performed piece of music. Melody and harmony are reflective of the human spirit - our emotional ups and downs, and our interactions with others. Good music captures both the physical and spiritual essence of our existence. I hope that the music you find here will move your spirit and take you to a peaceful place ".

He writes music for concert band and brass band exclusively for publication by Curnow Music Press.

Fanfare Britannica written by James opens our show this week. As with all pieces of music there is always a back story - The piece was written and published in 2001.

Thanks to James responding to my email enquiry about his composition he says "The sights and sounds of historic London were the inspiration for this regal and stately fanfare-opener. A bold and majestic fanfare leads into an English style processional. Frequent but simple meter changes help make this piece interesting as well as educational". I had taken a trip to London in 1998, and that trip served as the basis for the piece.