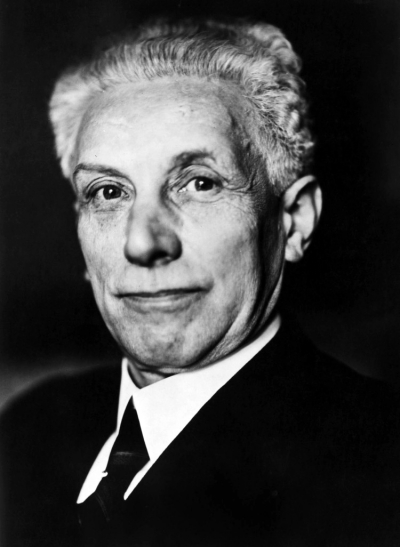 Leon Jessel, or Léon Jessel (January 22, 1871 – January 4, 1942), was a German composer of operettas and light classical music pieces. Today he is best known internationally as the composer of the popular jaunty march The Parade of the Tin Soldiers, also known as The Parade of the Wooden Soldiers. Jessel was a prolific composer who wrote hundreds of light orchestral pieces, piano pieces, songs, waltzes, mazurkas, marches, choruses, and other salon music.

Because Jessel was a Jew by birth (he converted to Christianity at the age of 23), with the rise of Nazism in the late 1920s, his composing virtually came to an end, and his musical works, which had been very popular, were suppressed and nearly forgotten.

He was born in the eastern German city of Stettin (now Szczecin, Poland), in 1871, the son of Jewish merchant Samuel Jessel and his American wife Mary. Leon converted to Christianity in 1894 — the same year he premiered his first operetta.

Although his quite musical parents wished him to become a merchant or businessman, He was instead drawn to become a musician, and left school at the age of 17 to pursue music and musical theatre. After studying with various teachers between 1888 and 1891, He became a conductor, music director, chorus master, bandmaster, and theatre conductor working in many German cities. He settled in Lübeck, where he was Kapellmeister at the Wilhelm Theatre from 1899 to 1905, whereupon he became director of the Lübeck Liedertafel (men's singing group) association. While in Lübeck, Jessel composed numerous choral works, operettas, and character pieces.

His biggest success was the operetta Black Forest Girl, which premiered in Berlin in 1917. The opera ran in Berlin for 900 performances, and within the next 10 years was performed approximately 6,000 times in Germany and abroad.

His operettas were popular, nationalistic, and very German — Black Forest Girl was a favourite of Hitler and Himmler. Because of this, and because of his own conservative nationalistic ideology, and because his second wife Anna joined the Nazi party in 1932, Jessel expected acceptance in Germany even during and after the Nazi rise to power. Instead, he was rejected by Nazi leadership because of his Jewish descent, even though he had converted to Christianity in 1894, and performances of his works were banned in 1933. His last major work was his 1933 operetta  Young Wine, and his biographer Albrecht Dümling believes that he was a victim of targeted boycott measures as early as 1927.

In 1937 he was forced out of the State Music Institute, and recordings and distribution of his works were prohibited. In 1941 a house search turned up a 1939 letter to his librettist William Sterk in Vienna, in which Jessel had written: "I cannot work in a time when hatred of Jews threatens my people with destruction, where I do not know when that gruesome fate will likewise be knocking at my door." On December 15, 1941 Jessel was arrested and delivered to the Gestapo in Berlin. He was tortured by the Gestapo in a basement of the Police Bureau and subsequently died on January 4, 1942 in the Berlin Jewish Hospital.