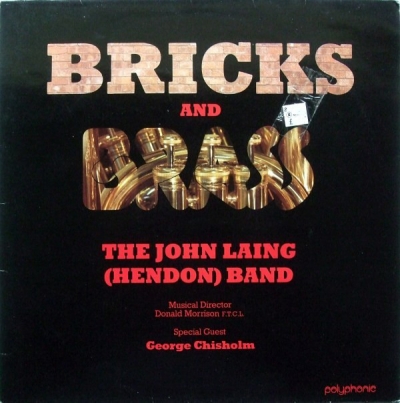 The Hendon Band was formed in 1956, came to the fore during the 1970s. It won the Are contest in 1975, took runner-up position on four other occasions and earned quite a reputation for its concert work.

The conductor, Don Morrison, had a flair for making arrangements in the style of the big band and several commercial recordings were made featuring these.

Hendon was a well-travelled band and by 1978 had completed 17 continental tours. Through sponsorship, it became John Laing (Hendon) Band during 1985.

In 1988 Don Morrison retired after 31 years. Though losing its sponsorship in 1998, Hendon benefitted from the temporary demise of Hanwell Band in the following year, as it welcomed some of the players to its ranks and in 1990 won the Area contest.

Jeremy Wise became a musical director in the early 1990s and there were further Area wins in 1993 and 1995. However, with the formation of First City Brass in 1997, also based in Hendon, Jeremy wise and several players moved, and the remaining members of Hendon amalgamated with another local band. Denham Hendon Brass was created from Denham Brass and the Hendon Band in April 1998.

In March 2013, the band was officially renamed as Chiltern Hills Brass under the baton of Gordon Davies L.R.S.M. and today is a thriving first section band.

This week’s image is John Laing (Hendon) Band’s LP Bricks and Brass which was released in 1986.