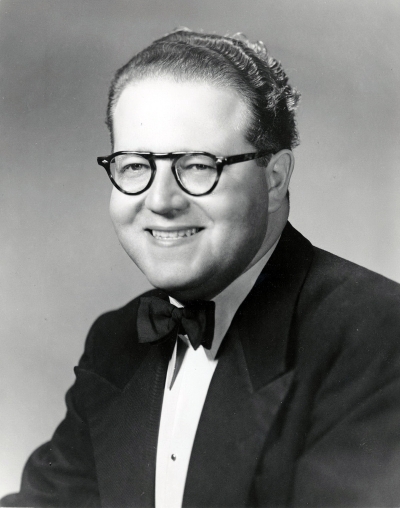 Alfred Reed (January 25, 1921 – September 17, 2005) was an American composer, with more than two hundred published works for concert band, orchestra, chorus, and chamber ensemble to his name. He also travelled extensively as a guest conductor, performing in North America, Latin America, Europe and Asia.

He was born in New York and began his formal music training at the age of ten. He attended the Juilliard School of Music, after which he was staff composer and arranger first for NBC, then for ABC.

In 1953, he became the conductor of the Baylor Symphony Orchestra at Baylor University, where he received his B.M. in 1955 and his M.M. in 1956. His master's thesis, Rhapsody for Viola and Orchestra, was awarded the  Luira Prize in 1959. He was a member of the Beta Tau Chapter of Phi Mu Alpha Sinfonia, the national fraternity for men in music.

From 1955 to 1966, he was the executive editor of Hansen Publications, a music publisher. He was professor of music at the University Florida. He established the very first college-level music business curriculum at the University of Miami in 1966, which led other colleges and universities to follow suit. At the time of his death, he had composition commissions that would have taken him to the age of 115. Many of Reed's wind band compositions have been released as CD recordings by the Tokyo Kosei Wind Orchestra.

In this show we have his Russian Christmas Music arranged for brass band and is played by the Brass Band of Battle Creek with conductor Kenneth Bloomquist in 1994.