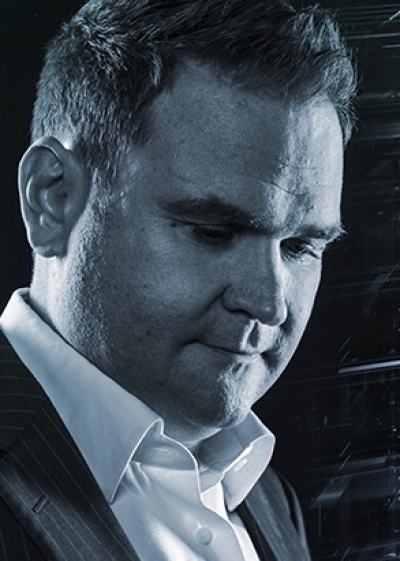 Otto M. Schwarz was born in Lower Austria, he received his first music education at the Wimpassing School of Music and later at the Music Academy in Vienna. Studies followed on trumpet with Professor Josef Pomberger of the Vienna Philharmonic and in music theory with Professor Heinz Kratochwil.

At the age of 15, his talent for composition began to emerge. His first successes came in the field of pop music. Three of his early compositions were released as singles and placed in the Austro charts of the Ö3 pop music station.

Der Weg zur Freiheit (The Road to Freedom) won the prize for best composition in the preliminary round of the 1989 Eurovision Song Contest. This prize was not a public vote, but was determined by the Austrian Composers’ Association from over 600 submissions. Inspired by this success, barely three years later he had set up his own recording studio, in which he has produced thousands of titles.

Last Call was commissioned by and written for Brass Band Oberösterreich (Austria) as a special concert finale. He was asked to write an encore piece where the band could really show off. Featuring all the sections of the band in turn, the audience will surely be dazzled by their skills!

We feature Last Call on this week's show