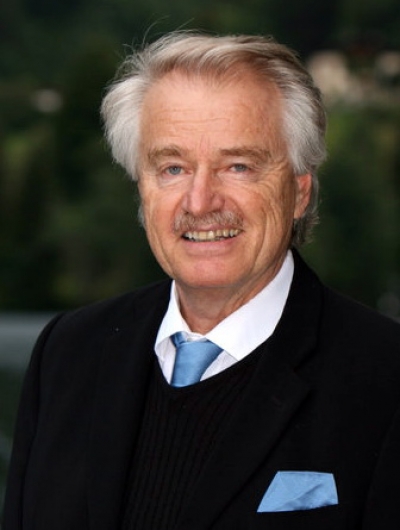 Hannes Buchegger is the specialist and trail-blazer of brass band music in Austria and a renowned conductor in the European brass band scene.

He was born in Innsbruck and studied trumpet and conducting at the Tyrolean State Conservatory. In 1986, he founded the brass quintet Haller Stadtpfeifer.

During a concert tour in England, he was inspired by the local brass band scene and founded the Brass Band Fröschl Hall in 1987. With this ensemble, he was able to achieve numerous success, including winning the B-section of the European Brassband Championships four times.

For 10 years, he has been a guest conductor for the Brassband Oberösterreich and has been able to win the B-section in 2005 & 2006. Consequently, the ensemble could compete in the champions' section and sensationally won the 3rd place of the European Championships 2010. Due to its success, the ensemble Brassband Oberösterreich has been invited to perform in Montreux, Stockholm, Bergen as well as South Africa.

Since 1987, he has been very successful in teaching young brass players. He is also a member of several juries for soloist, ensemble and brass band contest in Austria as well as Switzerland, Germany, Norway, Scotland and the Netherlands. As a result of his untiring commitment over the past 26 years, the brass band scene has been established in Austria.