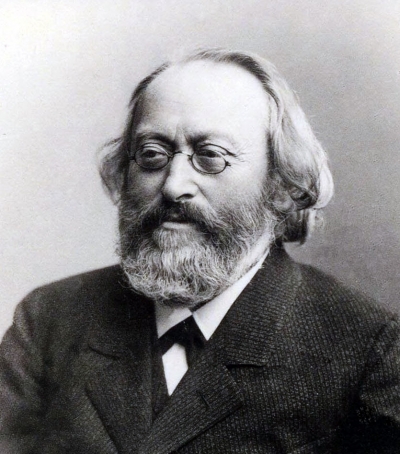 Max Bruch (6 January 1838–2 October 1920), was a Max Bruch was a German romantic composer and conductor who wrote over 200 works, including three violin concertos the first of which has become a staple of the violin repertory.

He was born in Cologne, his early musical training under the composer and pianist Ferdinand Hiller, to whom Robert Schumann dedicated his piano concerto in A minor.

At the age of nine he wrote his first composition, a song for his mother's birthday. From then on music was his passion, and his studies were enthusiastically supported by his parents. He wrote many minor early works including motets, psalm settings, piano pieces, violin sonatas and a string quartet. Few of these early works have survived, however.

The first music theory lesson he had was in 1849 in Bonn, and it was given to him by a friend of his father.

He had a long career as a teacher, conductor and composer. At the height of his career he spent three seasons as conductor of the Liverpool Philharmonic Society(1880–83).

He taught composition until his retirement in 1910. His is Violin Concerto No. 1, in G minor, Op. 26 (1866) is one of the most popular Romantic violin concertos.