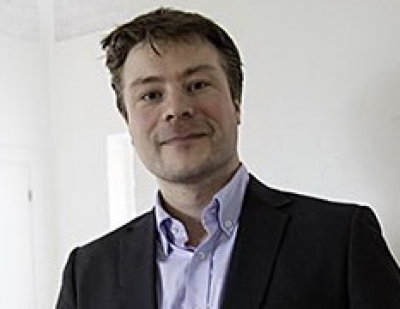 Jacob Vilhelm Larsen is this week's personality was born in 1976 in the town of Hjørring, Denmark. He soon showed his emerging musical ability as a cornet player at the local music school under the tutelage of Gunnar La Cour, and later under the direction of the highly respected Herbert Møller.

In 2000 he moved to Aarhus where he studied trumpet and conducting at the Royal Academy of Music, and where he became co-founder of the Academic Brass Quintet. In 2002 Jacob was appointed MD of Silkeborg Brass Band, which under his direction was twice runner-up at the Danish National Championship, before he returned to Aarhus Brass Band leading the band victory at the 2007 International Nyborg Contest and to come runner-up at the Danish National Championship.

On gaining his Masters Degree from the Royal Academy, Jacob has worked as a successful freelance musician, claiming third place in the prestigious Holmboe composition competition and developing a career as a much sought after composer and arranger throughout Europe.

In 2009 he was appointed resident conductor of the Stavanger Band in Norway. With a highly respected reputation as a conductor, composer and arranger, he left this post in 2012 to meet the demands of an ever increasing workload, which in 2013 lead to a close collaboration with Ian Porthouse and the Tredegar Town Band. Jacob was appointed Composer in Residence with the Reg Vardy Band I 2015.

We have one of Jacob's arrangements on this week's show.