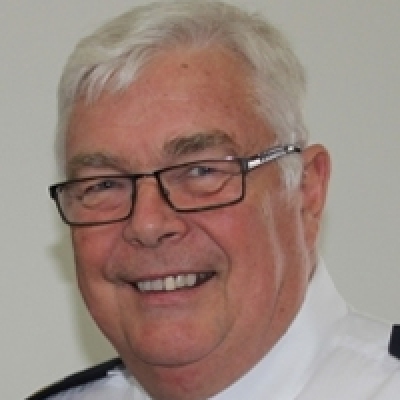 Barrie Gott (b.1947), M.Mus. LTCL A.Mus.A, began his music career as a professional musician, studying trumpet with John Robertson and Harry Larsen at the Sydney Conservatorium of Music. He subsequently joined the National Training Orchestra and was a regular casual player with the Sydney Symphony Orchestra.

Barrie holds performance diplomas from the AMEB, Trinity College of Music, London in and a Masters degree in conducting from Azusa Pacific University in California where he studied with Dr. Gary Bonner. He has also studied composition and arranging at the Sydney Conservatorium of Music with Ross Edwards and Don Banks.

Barrie has taught at all levels of education in private and government sectors and was Director of Instrumental Music at Azusa Pacific University. He currently works for Education Queensland as a Senior Instrumental teacher and is a state examiner for the Australian Music Examinations Board.

As a conductor Barrie has served as music director for Salvation Army bands in Sydney, Pasadena and Brisbane as well as the Brisbane Excelsior Band where he was successful in bringing a new dimension into concert programming. He is the former owner and musical director of the Queensland Pops Orchestra.

As a composer and arranger Barrie is published in Australia, United States, Great Britain and Europe and his works are on concert programs all over the world.

Barrie is also an adjudicator for contests, festivals and eisteddfods throughout the world having officiated at regional, state and national contests in Australia and overseas in Norway and New Zealand.

Barrie was the recipient of the 2004 Frank Wright Medal for services to banding.

On this week's show we have 'Light Walk' one of Barrie's many popular compositions.