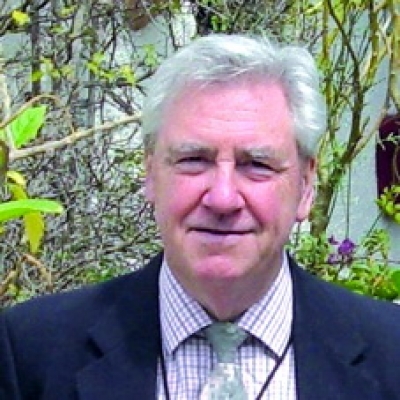 Derek Bourgeois, our photograph for this week's show (16.10 1941– 6.9. 2017) was an English composer. After receiving his university education at Magdalene College, Cambridge he spent 2 years at the Royal College of Music, studying composition with Herbert Howells and conducting with Sir Adrian Boult. From 1971 / 84, a lecturer in music at Bristol University, in 1980 he began conducting the Sun Life Band of Bristol, which was his introduction to brass bands.

In 2002 he and his wife settled in Mallorca. Following her death in 2006, he remarried in 2008 and moved to New York City, but returned to the UK in 2009. He has also conducted for various orchestras and was a member of the Music Advisory Panel of the Arts Council. He was a prolific composer for brass bands. His works include two Concerti for Brass Band, the Concerto Grosso, Blitz, Diversions, Serenade, The Devil and the Deep Blue Sea, and Apocalypse. He has also played the tuba.

Sadly, Derek's death was circulated in the band press this week.