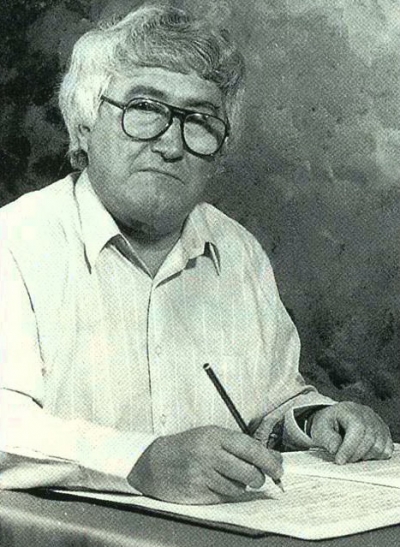 Gordon Langford b:11.05.1930 – d:18.04. 2017, English composer, arranger and performer. Known for his brass band compositions and arrangements. He was also a composer of choral and orchestral music.

Born in Middlesex, as Gordon Maris Colman. He began piano lessons aged 5. At 9, one of his compositions received a public performance. From secondary school, he won a scholarship to the Royal Academy of Music, studying piano & composition. He change his name to Gordon Colman Langford

During his army service he made his first BBC broadcast as a solo pianist. From the army, he worked with seaside orchestras, a touring opera company, a ship's musician, but it was during the 1960s he came to prominence as a pianist, arranger and composer on BBC programmes. He went to live in East Devon, composing but occasionally appearing in recordings, concerts and broadcasts.

To celebrate his musical life we feature two pieces of his work on this show.