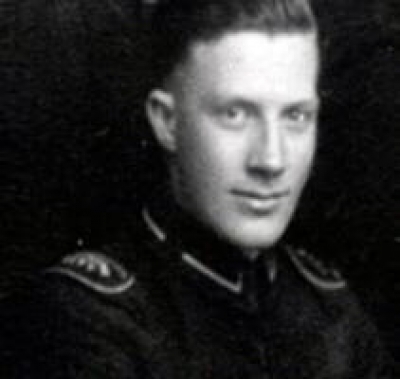 Arthur Gullidge, son of a Broken Hill (New South Wales, Australia) miner, was a Christian as a young boy. He was an accomplished conductor and composer of band music. He felt that he should play a part in Australia’s defence deciding that a non-combatant role, for a Christian, would be more appropriate

He and 25 other Salvationists from a number of citadels, ranging from Sydney to Hobart, all marched into the Royal Park Military Depot in Melbourne enlisting as a group. Age 32, as the band leader and commissioned by the Army to write a collection of band music for use on ceremonial occasions that would remain in use by the military, right on into the present.

The 2/22nd military band led by him was the BM at Brunswick and to this day is recognised internationally for his brilliance as composer and musician. The majority of the bandsmen perished when, as prisoners of war being transported to Japan, the ship (Montevideo Maru) they were on was torpedoed by the US, who didn’t realise that it contained prisoners of war.