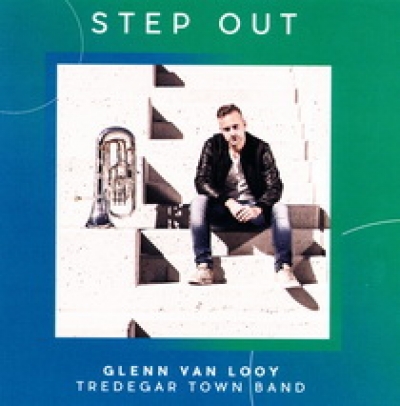 The opening track is Bech by Ludovic Neurohr.

A concerto aiming to portray something of Glenn’s musical journey. Starting with the lone voice of the euphonium it reveals a secure production of a long, straight note with vibrato being gradually introduced to warm the sound, though I found the vibrato a touch excessive. The work explores the range of the instrument and also the excellent technical ability with the straighter sounds creating a real atmosphere.

The next track, Carmen Fantasy No 2  by Bizet and arranged by Luc Vertommen. Based on a Romantic flute piece it transcribes well for euphonium, with Glen’s well shaped phrases and a rich lower register. The well-known Habanera from the original opera is used as a basis for several variations played above it.

The next work is the most substantial on the recording being Derek Bourgeois   Euphonium Concerto.    This is the premier recording of the work accompanied by brass band. One of the established serious works in the euphonium repertoire, Glen produces a fine performance, capturing the essence and character of each movement with total control and musical insight. Lighter in style A Song to the Sea by Tom Davoren allows the soloist to enjoy the lyrical nature of the piece. Kaleidoscope by Frederick Schjelderup follows and is based on the patterns developed from the opening motif. American Rhapsody by Tom Davoren is a musical representation of some of the composers USA experiences of events and places. The performance paints the pictures very well.

The final track Step Out by Robin Dewhurst is a jazz influenced work and shows the player and instrument happy to perform in that idiom.

The soloist is accompanied by Tredegar Town Band under Ian Porthouse and is impeccable throughout. As with most solo CDs, this is one to dip into and the listener with be well rewarded.