The death of Frank Bryce - musician,conductor, composer and arranger has been widely reported 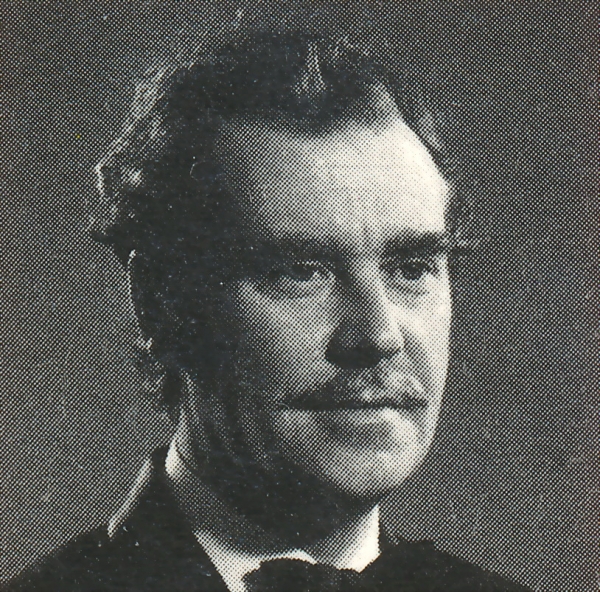 The death of Frank Bryce who will always be associated with Besses o'th Barn Band was reported widely in the brass band press today.

Frank Bryce passed away on December 15, 2017 aged 88 after a period of illness. Whilst most readers will not have known him, I am sure everyone who has played in a brass band, or may have been the band music librarian will know the name.  You will have played his music or have listened and enjoyed some of it since the 1960s.

Frank was introduced to the world of music by his father when he was just five years old and in his early playing days he played both the tenor horn and the euphonium.

On May 4, 1943 the band secretary of the internationally famous Besses o' th' Barn Band Fred Cowburn, founded what was known as the Alexander Owen Brass Band Festival. Brass band contests were held in Whitefield in the grounds of Stand Grammar School for Girls (now known as  Philips High School, Greater Manchester).

The festival committee had another look at veteran bandsman James Wright's advice and decided to take up his suggestion. At a meeting on Oct 11, 1943 it was decided:- 'That a class for beginners be formed under the charge of Nathan Snape'. This was the start of Besses Boys Band.

On September 29,1945 this young band entered the national youth finals area contest under the auspices of the Daily Herald Brass Band Championship. The test piece was the competitors own choice, the band chose 'Pirates of Penzance” and won. They then went to the finals at Belle Vue where the test piece was Michael Laurent's 'Poetic Fancies'. Despite drawing No. 1 the band with conductor James Wright won the championship.

Players who took part in that first contest were:

The band had no soprano cornet player but Alan Stringer played all the soprano parts.

In 1946 Frank was called-up and at the age of 21. During his service this former member of the Besses Boys Band attended the Kneller Hall army school of music  and achieved a remarkable success at the prize giving ceremony:

He was awarded the gold cup for the best all round student.

This was a remarkable feat for a young bandsman from Stanworth Avenue, Bolton.

He served in Her Majesty's 4th / 7th Dragoon Guards for five years and was back in civvie street in 1952. Not long after leaving the services he joined the technical department at the Clayton Aniline Company, based near Manchester. No doubt with the company having a works brass band, and his experience before his army service working at a Manchester paper laboratory, helped him to make his mind up to accept the offer to work at CAC. This was the local name how both the employees and the wider community referred to the company.

The Aniline Works Band had been formed in December 1943 and within three years it was performing regular concerts. In 1949 it made its first radio broadcast in July 1949 and was one of the first brass bands to appear on the television. The band took part in celebrity concerts featuring Tommy Handley, Jack Train and Richard Murdoch. Whilst not a top band at national level (1955 not placed) it did make a number of appearances in the Belle Vue 'September' contest (6th 1952 and 6th in 1954). It was a finalist in the Daily Herald 2nd section at Belle Vue in 1948 and won the championship section of the Daily Herald North of England Summer Festival in 1949.

When the band was formed and up to November 1944 the conductor was Ernest Breley.  Throughout the remaining twelve year history Edward (Ted) Buttress was the band's musical director. Frank was a member of the almost from the day he started with the company and was still there when the band finished. During his time with the band at one point he was the solo baritone player. It came as a shock when the company closed the band down in 1956.

In 1962 William Wood retired as conductor of Besses and Frank Bryce was appointed as the band's new conductor. During his tenure the band played and recorded many of his compositions and arrangements. He was dedicated to the task of entertaining the public and was adept in ensuring that all musical tastes were catered for. This was recognised as a fine ideal on which to base the future of the band. 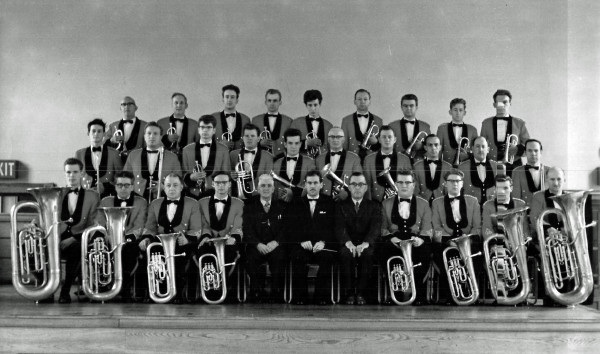 His first contest was in 1963 and from available records Frank's place as the band's regular conductor at contests came to and end in 1972. This came after the national finals at the Royal Albert Hall having asked the committee if he could stand down from his professional conducting duties.

In 1973 Ifor James the international french horn player was appointed as the band's professional conductor and conducted the band at major contests. Frank as the band's resident conductor did conduct the band at the British Open in 1974, Granada Band of the Year in 1976 and then finally at the British Open in 1977. In 1978 Roy Newsome was appointed the new musical director at Besses. 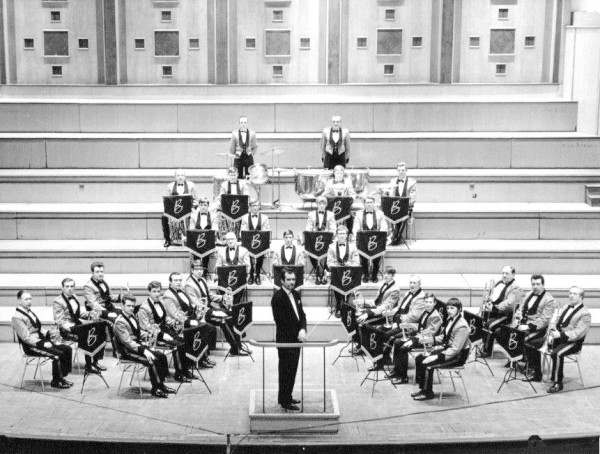 In 1969 he was commissioned to write a new work. This new composition, the overture 'Promenade' was the 1970 2nd section W.D.& H.O. Wills Grand Final set test. It was played as recently as 2013 at the 3rd section Belgian national finals. At the time this composition was described as his first substantial published work. It was also chosen as the third section area test piece in 1976 and for the Senior Cup the following year.

During the late 1970s he was invited to conduct the James Shepherd Versatile Brass, he also wrote a number of compositions for the ensemble. Notably 'Black Velvet'  a solo he wrote for the flugel horn player David Horsfield. Another was Toccata which was used as an opening piece. Both of these compositions were recorded by the ensemble.

Frank Bryce was talented not just as a brass musician, conductor, band trainer, composer  and arranger. He also played the violin well into his later life.

Here are just some of his fifty plus concert arrangements and compositions:

His talents extended beyond music to include a radio play which was broadcast on Radio 3. He also wrote a script for the television soap opera 'Coronation Street' which was broadcast in June 1964. In his 70s he studied graphic art design - a man of many talents.

He was predeceased by his wife Joyce. As he bequeathed his body to medical science there will not be a funeral, but his son David will organise a memorial service in the New Year.