The Disappearance of James W. Wrigley - 1909 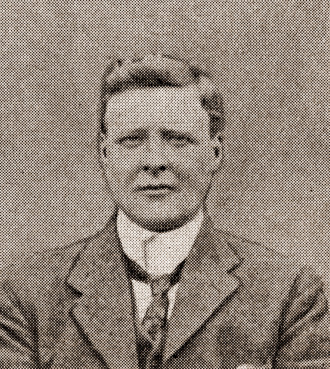 The New Year opened in 1909 with plenty of optimism, beginning with the new Old Age Pension that was paid out in Brighouse on January 1st, throughout the year there would be ups and downs for many families in and around Brighouse. With new businesses opening and no doubt a few closing including some that would be completely destroyed by the ravages of fire.

I have no doubt there would also be the odd minor scandal, drawing little attention, beyond the immediate locality of where the scandal took place. But the name of James W. Wrigley and the scandal surrounding him would rock the very core of the Town Hall administration and the shock waves emanating from the incident would see the Town Clerk James Parkinson being forced to leave his post.

James Parkinson came to Brighouse on the 16, October 1878 to take up his new post as the Clerk to the Brighouse Local Board (fore runner to the Borough Council being incorporated) and the manager of the gas works. 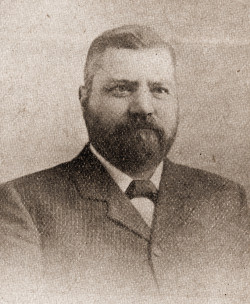 According to reports from that time, James Parkinson soon became an asset to the town’s public affairs and with the elected councillors.

The application for the Charter of Incorporation was initially due to the action of the county council when it was felt that a new sewage system was need for the town. The general feeling about this was that the proposed new system should be linked to several other authorities. This prompted the question ‘…if we come together for that then why not come together for other projects as well…?’

All the meetings in the run up to the incorporation were administered by James Parkinson and it was he that ensured a smooth passage for the charter proposals right through to September 30, 1893. A large procession made its way from the Municipal Offices (which is now the Civic Hall) and assembled at the Town Pump on Briggate where he read out in full the Charter of Incorporation which had been granted under the Municipal Corporation act of 1882. There is no doubt this was a crowning moment in James Parkinson’s distinguished career in public affairs.

On Thursday August the 8, 1901, Mr C. W. Shackleton, the Borough Accountant resigned. Brighouse was described as only a small authority and was often considered as a stepping stone on to working at a larger authority for employees.

The job of borough accountant was duly advertised and a short list of the applicants was interviewed. It was announced shortly afterwards that the new Borough Accountant would be James W. Wrigley who had worked previously in the Rochdale Borough Treasurers Office.

Almost eight uneventful years passed by when on August 13, 1909, James Wrigley was working in his office as usual and had been talking to his work colleagues in the office that he was going to North Wales the following day to meet his wife and family who wee on holiday thee. The whole family had been at Llandudno the previous week. He had already visited them on the Wednesday and Thursday but had returned to Brighouse on the Friday.

He left work on the Friday and was presumed to have travelled to North Wales on the Saturday and was not expected by at work until the following week on the 18th. The family did not return on the 18th and it was felt that because it was a bank holiday period and the family was expected to have stayed until Monday the 23rd.

When he had not turned in for work on the Tuesday questions were beginning to be asked about his unexpected absence. 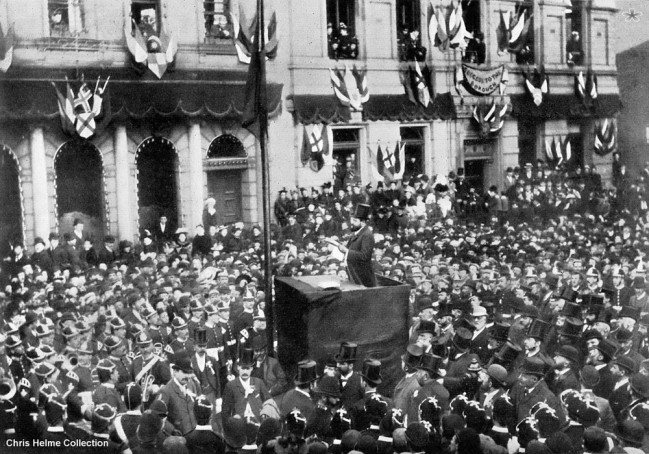 The alarm was raised when Mrs Wrigley reported that she had not seen her husband since he left them in North Wales on the 19th and had no knowledge of his whereabouts.  The only contact she’d had with him was a letter bearing a Manchester postmark, which indicated he was going for a sail, but no indication where or when he would be returning.

The days soon slipped by and the questions now became more intense – a special meeting was held at the Town Hall with the Mayor, senior Aldermen, Councillors and the Financial Committee. They passed a motion stating that the Borough Accountant should be suspended pending a full audit of the council finance books and his return.

On his appointment at Brighouse he was paid a salary of £200 per annum and following a number of annual increments and at the time of his disappearance this had gone up to £250.

The news of his disappearance and the audit soon went round the town and everyone eagerly awaited the outcome.

It transpired that there was a deficit of £500 from the council’s wages account and a further £550 from the loans account. Based on the present day valuations the Bank of England have told me that £1050 in 1909 would be worth £55,188 today. This sent a shock wave through the whole Borough, and questions were beginning to be asked of James Parkinson ‘...why had he not spotted this earlier…’

A further meeting proposed that James Wrigley should be dismissed and a further proposition was passed that a warrant should be issued for his immediate arrest. The warrant was signed by Richard Kershaw JP and from that day to this the warrant was not executed nor was James Wrigley ever seen again. 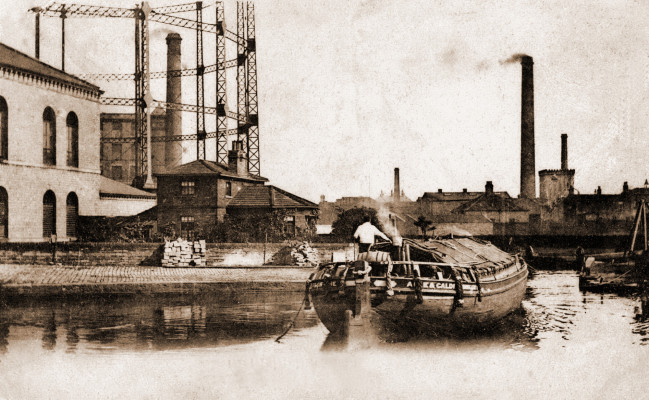 The second crisis for James Parkinson was about to unfold with the presentation of a report about the gas works, and its out put figures. Although there had never been any suggestion previously of fraud or misappropriation, but following the Wrigley scandal questions were now being asked about the shortages.

The simple answer was that the difference between stock figures and the quantities shown on the balance sheets had to be resolved and the pressure was beginning to mount on the Town Clerk.

As the months went by there was talk about Wrigley and apparently the news that he had talked at work of resigning leaked out into the press. Resign as the accountant and taken on the post as Borough Auditor. This would never have happened, whilst Wrigley would have seen it as a means of covering the losses the auditors had to be independent so the job would never be offered to him.

With the pressure really on James Parkinson, on October 25, 1909 he handed in his resignation on November 30 he left the employ of the council after an unblemished 31 years service.

James Parkinson was not guilty of any criminal offences and on his resignation he stated that he was leaving very much as the scapegoat.

The gas work issues were very simple to answer – the coal stocks over the years had only been estimated and this was the reason why there appeared to be a shortfall of 500 tons which had been written off. Not one ton of coal had ever been misappropriated or stolen.

A number of questions remained unanswered today, a century later. Even though he was never found what did happened to him, did he as he told his wife just sail away and took out a new identity or commit suicide. Neither local newspapers nor any of the local history books tell us what happened to Mrs Wrigley and their family. Probably with the shame brought on her and the family by her husband they moved away and lived in obscurity.