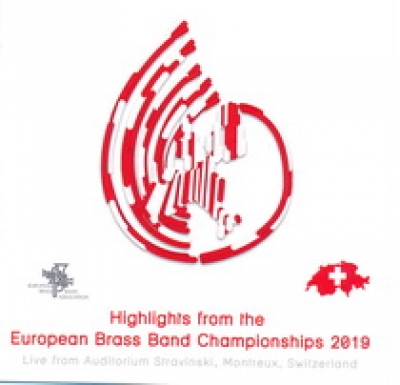 At first glance this DVD doesn't stand out as particularly appealing, with nothing grabbing my attention amongst many other DVDs. However, it is like a pirates treasure chest once opened, full of wonderful things.

Add to this the joy of some new and brilliant compositions never heard before and you have a feast to satisfy the most demanding palate.

The selection of performances could not be bettered as the actual winning performances of both set and own choice championship section are featured. As are winners of the various sections of the festival are included and it is fair to say that the 'lower' sections produced performances worthy of our UK championship level.

I thought it particularly satisfying to hear the Wardle Academy Youth Band in action. Showcasing their star trombonist , Adam Warburton, who displayed his enormous talent to the full. I only wish I could have heard their full programme, but DVDs have limited space of course.

By coincidence, it seems the trombonists had the cream of the cake in Montreaux as not only were there super demonstrations of skill in a number of contest performances .

Another interesting feature was that every conductor said they were happy with their band's performance AND I agreed with everything they said !

The Gala Concert which followed the contests was simply another feast Featuring world class soloists Patrick Ottiger on trumpet, and one of my personal favourites Lionel Fumeaux. The amazing Swiss bass trombone virtuoso performing a piece specially composed by the equally gifted conductor and composer Bertrand Moren. He truly is a godsend to the brass band world. Lionel was at his best in this tour de force,

There are two other memories of this event which to me are special.  The first being the contest performance of Glyn Williams with Cory specially in Explorers on the Moon and the second being the performance by Paris Brass Band of Music of the Spheres directed by Florent Didier. What a band they have blossomed into - runners up to the mighty Cory by just 1pt ! )

To summarise. This is a double DVD full of pure enjoyment from beginning to end. Worthy of a prime position in any collection.