HIGHLIGHTS FROM THE BRASS IN CONCERT CHAMPIONSHIPS 2017 (DVD) 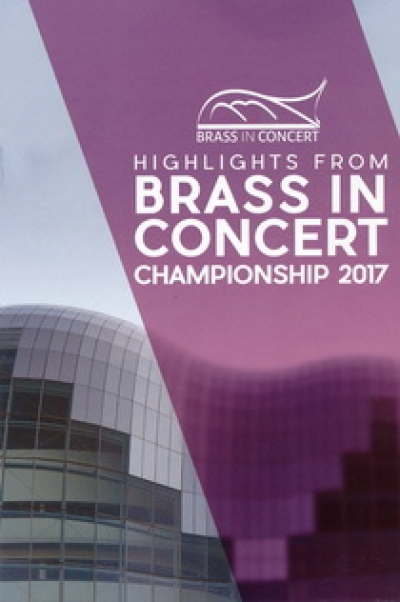 This double DVD really is a pot-pourri of musical emotions incorporating some sublime playing depicted in many styles, moods, exhilarating performances and a great deal of fun, which we really should all expect from such an Entertainment Contest.

DVD One for the most part features Cory Band which naturally showcases many stunning arrangements by Philip Harper, particularly in ‘Star Wars’ and ‘James Bond Forever’ Another highlight is the appearance of ‘Only Men Aloud’ who perform with the band in a excellently choreographed display in ‘Singin in the Raindrops’

Yet a further surprise but very successful addition to the weekend was the debut of ’Le Yu’ in presenting a most fascinating Marimba Workshop, and, amidst all the splendour of our famous name bands, a special focus spotlighted our younger less experienced musicians in highly commendable performances by the ‘Wardle Academy Youth Band’ and the ‘Elementary Workshop Band’

DVD Two features excerpts from all 12 competing bands in the Championship, and, how fortunate that the music judges were assessing’ musical quality of performance’ only as many viewers may have been so impressed by some quite stunning choreography which may have influenced the final placings!

These 12 performances are presented in reverse result order, and after hearing ‘Leyland Band’ it is very difficult to imagine there are 11 even better performances to follow.

‘Flowers Band’ drew No.1 and featured a brilliant opener in Blackbird Special followed by some outstanding solo contributions in Nobody Does It Better.

‘Grimethorpe Colliery’ in 10th produced what I considered a rather subdued programme which, despite some very fine playing in Nigel Clarke’s Celestial Celebrations , just seemed to lack a little more panache?

‘Virtuoso GUS’ up next presenting a Japanese themed programme, and such a great pity that some very fine playing was somewhat negated by going overtime (inexcusable really)

‘Carlton Main’ in 8th., despite some rather loose playing in parts of Havana Heat produced the most sublime, and eventual winner, cornet playing by Kirsty Abbots in Peter Meacham’s Song.

As ever, ‘Brighouse and Rastrick’ some glorious, sonorous sounds in a programme whi8ch involved a superb Andrew Baker arrangement of Bach’s Ave Maria and also featured the eventual Horn Soloist winner in Sheona White.

‘Tredegar Town Band’ in 5th place yet again demonstrated their’ excellence in innovation’ in combining music and dance in Gavin Higgins’s Ivory Ghosts followed by some brilliant playing in Daniel Hall’s Rainbow Connections.

Next we hear ‘Cory Band’ placed in a surprisingly low 4th place delivering lots of really superb treatment of Philip Harper’s arranging skills together with excellent solo contributions from Glyn and Helen Williams.

We really are into some very fine playing now, and the highlight of ‘Fodens Band’ programme was the incredible performance by Gary Curtin's euphonium playing of Elfriede which certainly won him the Best Soloist Prize.

We now enter the ‘finale’ part of these fantastic Championships where the top two bands made history in becoming the first two European Bands to beat all our British representatives with ‘Fountain Brass’ from the USA picking up many major awards including highest marks in the Entertainment category plus a superb trumpet break from their MD!

For the undoubted winner, ‘Eikanger Bjorsvik Musikklag’ their most descriptive programme entitled Tales of the North Sea won them several other awards including best Trombone soloist ( Bass Trom!!).This really was superlative playing and so neatly directed by Reid Gilje----------------- a brilliant finale to an absolutely stunning and enthralling double DVD.

DVD ONE: World of Brass in Concert