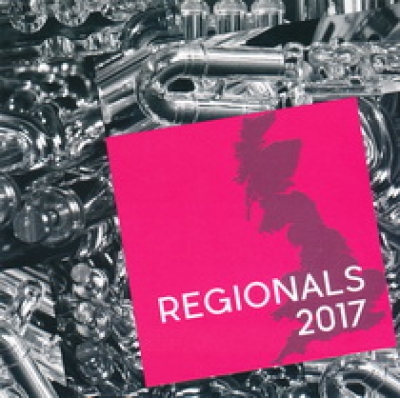 Just reading the performers’ list whetted my appetite, Yorkshire Building Society, Faireys, Britannia Building Society (Fodens), Cory and Black Dyke. Does it get any better than that? I doubt it, but then when I read who was directing them – David King, the late Major Peter Parkes, Howard Snell, Philip Harper and Nick Childs, I couldn’t wait.

Pageantry – Herbert Howells starts the recording with the then legendary Yorkshire Building Society Band and David King. Recorded live on the contest stage, this is so good. The word ‘iconic’ is often misused in many contexts but in this case, this is it. Top rate playing and a reading that sadly many less-able bands will try and emulate with little chance of success?

The three movements – King’s Herald, Cortege and Jousts are played brilliantly, the recording quality is excellent too. A must listen track.

The Land of the Long White Cloud – Philip Sparke, is set for the first section bands to perform next year. The late Major Peter Parkes leads the then Williams Fairey Band in a top rate performance. Philip Sparke has tailored a tuneful and challenging piece for the first section bands to deal with, there are technical challenges that this recording hides due to the virtuosity of the players. As you will expect, ‘The Major’ draws out a truly musical performance here and the listener is thoroughly drawn in.

Rhapsody in Brass – Dean Goffin will completely and utterly challenge the second section bands in the forthcoming contest. A truly great piece that deserves much more ‘air time’ than perhaps it has received over the years. The maestro Howard Snell has a great band in his hands to play this version. Crisp and full of tone. I hope the conductors of the ‘average’ second section band take care if they try to emulate the last movement tempo as performed here by ‘Fodens’. The second movement is mellow and simply gorgeous.

Darkwood – Dan Price is the first ‘new’ piece on the recording. Third Section bands should enjoy playing this, it is a three movement suite. The piece was a commission for Blackley Band in 2012 and the three movements are inspired by three locations close to Blackley (Manchester).

Three very different styles of playing here, leaving the MD to produce and nurture ‘colours’ from their band. As you would expect, Cory are flawless and stylish.

St Andrew’s Variations – Alan Fernie, will be performed by the fourth section bands next year. It is now 18 years old and was intended originally for players of younger years than that. Eight variations, that in my opinion are so short that just as the listener ‘see’s’ where the variation is going, it changes? There is a finale that allows the bands to finish on a high note though.  Black Dyke and Nick Childs make no fuss with this piece, it is quite straightforward in format and technicalities but shouldn’t be taken too lightly.

This is the first ‘Regionals’ CD I have ever listened to, I preferred to ‘hear’ a piece when I read the score before preparing my band for the contest. This posed a question for me; Why do these compilations sell? And Who buys them?

I would caution any lower section bands who try to mimic exactly the performances on this recording. These bands and MD’s have the full range of styles and technique to play above tempo (as I suspect in two of the pieces) and their dynamic range is superb.

Would I buy it? For two, perhaps three of the pieces just to have excellent renditions of them – yes. As a preparation for the areas – No.