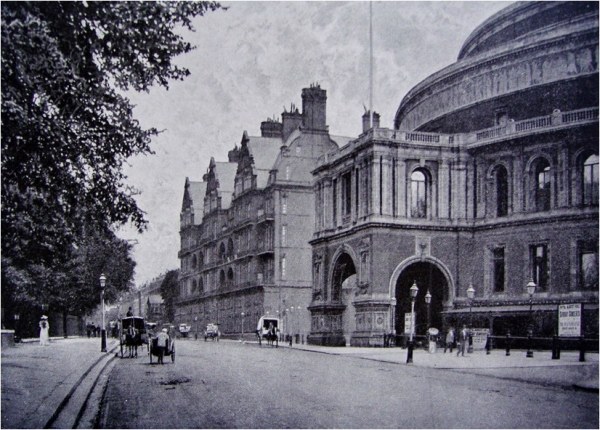 The announcement has recently been made by Kapitol Promotions that the test pieces for the forth coming UK National Brass Band Finals are as follows:

In this beautiful composition, melodic fragments of the hymn tune Beecher (by John Zundel) are morphed into a series of variations, showing the melody in various moods from expressive, then quiet & soft, to bright and triumphant in the end. Written as a test-piece for the 4th Division of the Dutch National Championships in 2015, the music features challenging solo parts for cornet, soprano cornet, flugelhorn and euphonium. This year's Section 4 Final will be the first occasion of this work being used at a contest in Great Britain.

The Viking age lasted from the late eighth to the middle of the eleventh century. During this period, Scandinavian warriors and merchants explored, plundered and left their mark on numerous territories. This work is based on a series of four notes that appear in different forms, consisting of 4 movements: "Northern Men", "Explorer", "Raids" and "Heritage". It is an impressive and spectacular piece, with lots of interesting and playful parts for all sections. This is a perfect contest piece or an outstanding work for thematic concerts. This has never been used as a contest set test-piece in Great Britain before.

Occasion was commissioned by the National Youth Brass Band Championship of Great Britain, held at the Royal Albert Hall, London in October 1986. It has four movements: "Fanfare", "Festivities", "Elegy" and "Dance". The opening "Fanfare" was originally written as a wedding fanfare for Paul Patterson, a long time composer friend, in 1981, while the "Elegy" and "Dance" were commissioned as a test piece for the first Westsound/Ayrshire invitation contest in 1982 for the leading bands in Scotland. "Festivities" was therefore written last, both to complete the work and give it its essentially ‘festive’ character. Except for the "Elegy" which is contemplative, the music throughout is extrovert and joyful. This was used as the set test-piece at the Section 3 Finals in 1989.

Commissioned by the Festival of Bands, Brisbane 1988, for the Bicentennial World Brass Band Championship held there on 29th July, Endeavour takes its title from the name of the ship in which Captain James Cook circumnavigated the world and attempts to depict in music some aspects of the history of the great continent which he discovered.

"The Unknown Continent" tells the story of the many fruitless voyages undertaken to find the mysterious ‘Terra Australis’ and conjures up something of the awe and excitement its discovery engendered. Early struggles and hardships of the first settlers are described in "The New Challenge" but the true story of Australia over the last 200 years is one of success and "Celebration" ends the piece in triumph.

"Titan" was a novel by the German author Johann Paul Friedrich Richter, who later called himself Jean Paul. It is considered the author’s main work and he referred to it as his ‘cardinal and capital novel’. It is almost 900 pages in length and tells the story of the transition of its hero, Albano de Cesara, from a passionate youth to a mature man. Jean Paul was one of Gustav Mahler’s favourite authors and the latter gave the original five-movement version of his first symphony the subtitle The Titan — in deference to Jean Paul’s novel.

Titan’s Progress, which was Pallhuber's first work for the British style brass band, also contains references to the music of Gustav Mahler. Motifs from his First Symphony are employed throughout (like the trumpet signals, the interval of a falling fourth, and chromatically falling triplets), especially the principal theme of the finale. Pallhuber has adapted this heroic martial motif as the basis for the main theme of his own Titan’s Progress — the chorale melody which is heard three times in all and represents the progress of Albano’s ‘titanic’ spirit from youthful innocence to mature experience. Pallhuber's music is programmatic and uses the content of the novel and its hero Albano’s evolution for its underlying structure. The stylistic variety of the work (including the "Chorale", an impudent "Làndler", a dancing "Farandole", and a climactic "Fugue") is Mahleresque in its influences.

This work was commissioned by Brass Band Oberösterreich for the 2007 European Brass Band Championships, held at Symphony Hall in Birmingham.