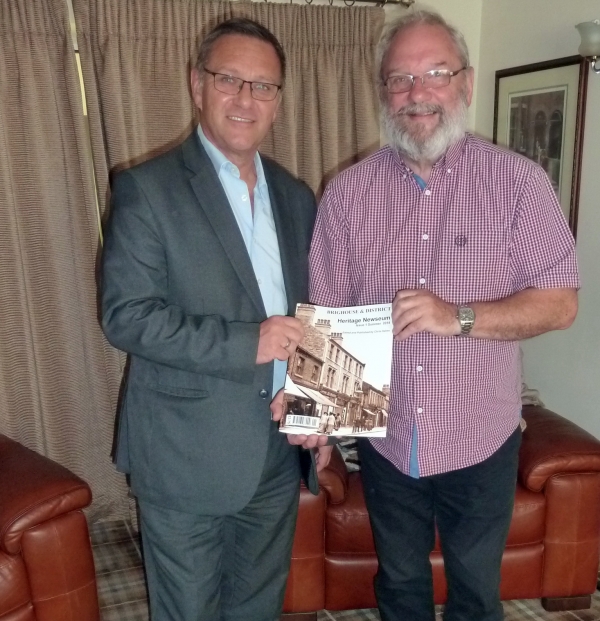 June 21 was the launch date for my new quarterly Brighouse and District Heritage Newseum magazine.

With outlets at Harrison Lords (Bradford Road), the Old Town Hall Dental Practice (Thornton Square), Kitson's Newsagents (Commercial Street), Kershaw's Garden Centre (Halifax Road), Colin's Newsagents (Hipperholme), Bailiff Bridge Post Office (Cooperastive Buildings Bailiff Bridge) and Woodhouse Stores (Woodhouse Lane). I have been both amazed and pleased with the very positive and enthusiastic response the magazine has received. Both from the outlet shops and from customers far and wide who have purchased it.

Copies have gone to many different parts of the UK as well as Cyprus (a former Rastrick resident now teaching in Cyprus) and USA and to a number of libraries in Caderdale. Many former Brighouse residents have purchased it to catch up with their birth town.

I had worked out the possibility that sometime in the future I might be able to offer an annual subscription facility (four copies). So far that has now been taken up by 20 customers and with ordering both single copies and the annual subscription through my on-line website shop it has made ordering and buying much easier.

The second issue which I am receiving requests for already will be available from September 1st at all the above outlets and my website on-line store. With additional copies of the first issue having to be printed to cope with the demand I will have a few copies over to be available to anyone who missed the first issue. As one customer told me 'I will collect this and don't want to miss any'

Thank you to sll those outlets that have supported my new magazine, Polly at Phoenix Radio 96.7FM who interviewed me at the Dean Clough studio about the magazine, a visit that last almost two hours and to everyone who has bought a copy.