Do you remember Raymond Forrester ? 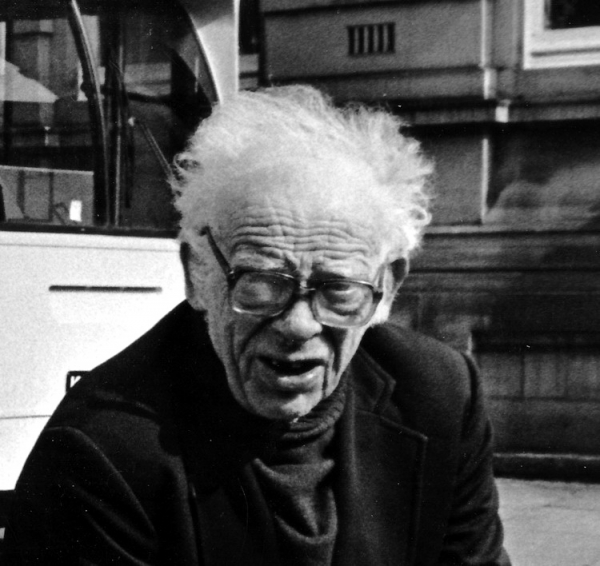 The name of Raymond Forrester may mean little to some readers, but to those of my generation he is remembered as one of the longest serving swimming baths attendants at the Brighouse swimming baths in Mill Royd Street. He is shown in this photograph many years after his retirement.

Raymond was the one who would tell you that your time was up and you had to leave the pool. If you gave him a bit of cheek or tried to bomb the water and soak him through you were met by his stock answer, 'Don't forget I know your dad'. The trouble was Raymond had been at the baths so long, he did know your dad.

In 1982 he retired from working at the baths having worked there for 32 years of loyal service. He started working there in May 1950 under the direction of the baths manager Walter Cockroft.

He was a Brighouse lad through and through. He was born in Queen Street, just a stone's throw from the Round House Tavern. He attended his local school, St James Infants and then went on to St Martin's secondary school in Church Lane. That was back in the days of headmaster Mr Fred Moore.

Raymond started work at Woodvale Mill in 1933, which in those days was owned by Ormerod's.  He was later employed at Thomas Helm's Spout Mill at Rastrick. He did not even manage a week there, just one day, he always said with a smile. He gave no explanation.

From that mill he next went to work for a grocer. This was back in the days of some very fierce competition between shops and the prices were at rock bottom.  He also worked at Lipton's on Commercial Street in the warehouse and got to know most of the town centre workers and shop owners during the 1930s.

Now you would think that someone who worked at the swimming baths for so long would be a good swimmer. Well, not Raymond, he could not swim, in fact he could not or dare take both feet off the pool bottom.

Raymond was a widower for a number of years before his retirement at the end of May 1982.  He was as well known as the bellman. He always said there was nothing spectacular about his career.  He was always there, week in week out at the baths, and over the years had grown to become part of the local scene.

To celebrate  his retirement he and a few friends had a few drinks and a small celebration at the Stott's Arms  that his working life had come to an end.

Raymond passed away in 1994 at The Cottage residential home at Rastrick. His passing marked the loss of another of the town's characters.