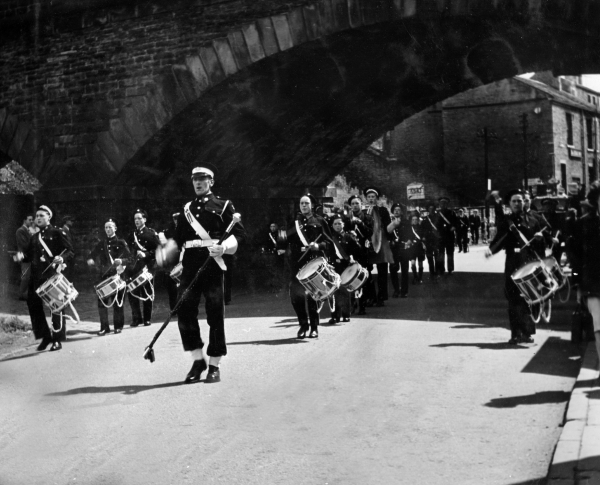 The Brighouse Corps of the St John's Ambulance Brigade Band - 1949.

The St John's Ambulance Brigade Band marching down from its Bramston Street HQ into Bridge End, passing under the railway tunnel towards Brighouse in 1949. This band always cut the highest standards in deportment, marching style and musical ability, both individually and for this kind of musical ensemble. Appearing at a competition the question often was who would be awarded second place.... !