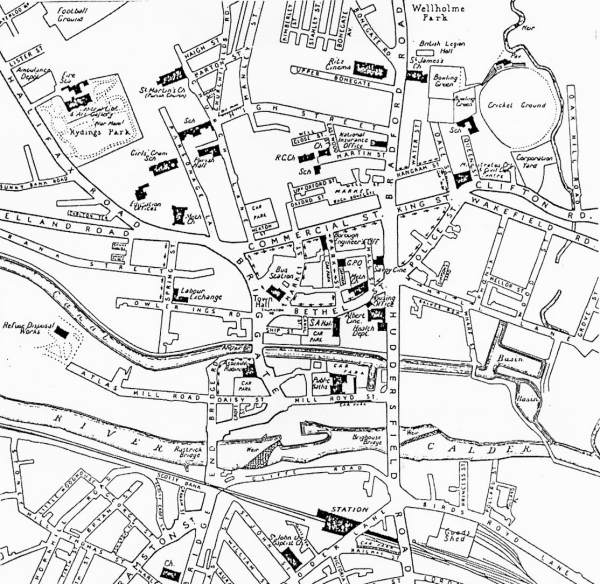 Has the Town Centre changed that much since 1965?

Looking round the town centre today, 54 years since our illustration was created, it does show a lot of changes. With many of the small streets and yards having disappeared and some of the streets having been renamed. Then there is the bypass, this was completed in the early 1970s and carved its way through the centre wiping out out many of those streets that had been in the centre for over a century.

Did you live in one of the streets that was destined to be demolished and resulted in you and your family being housed in a new community? If you were we would like to hear from you and if you possibly have a photograph we could use your story in our quarterly magazine and share your memories of over 50 years ago with our growing number of readers.

Please contact me on 07854755756 or by email: This email address is being protected from spambots. You need JavaScript enabled to view it. 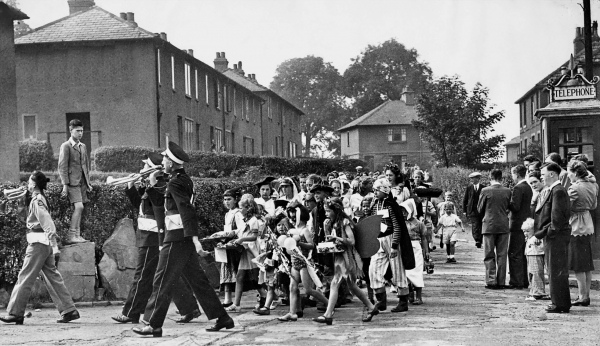 St John’s Ambulance Brigade Band, many people would say they were the finest of its kind. It excelled in almost every competition it entered and when it was marching through the town everyone stood and took notice, stopping what they were doing just to watch. Such was its precision in marching, playing and deportment, a fine tribute to the young members of the band. Here they are leading the community day event at Smith House Estate in 1948. 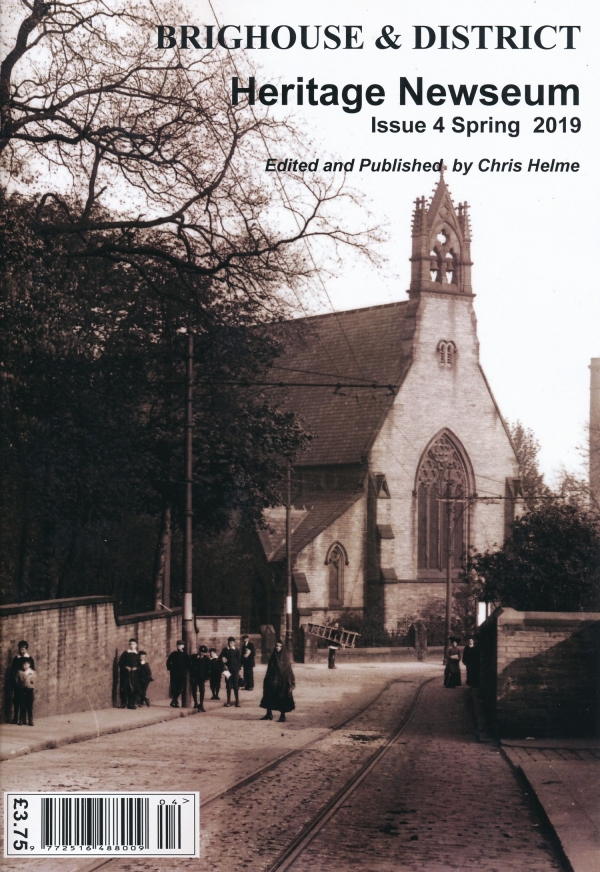 One month into issue number 4 of my Brighouse & District Heritage Newseum local history and nostalgia magazine, already the first 250 copies have sold out and reprints will be on order in the morning.